GREAT FALLS - The personal injury law firm of Hoyt and Blewett PLLC in Great Falls, which has sponsored the “Tournament of Champions” All Star Wrestling Tournament for the last five years, has been forced to cancel the tournament due to a lack of participation.  The single elimination tournament, whose purpose was to promote the sport of wrestling and crown a true state champion at each weight class, took place in Great Falls the last five years one week after the State Wrestling Tournament.  Hoyt and Blewett sponsored the event and also provided free lodging for coaches and wrestlers as well as compensation for gas mileage.
The annual event featured numerous state champions who went on to wrestle at the NCAA Division I level, including Jade and Val Rauser from Townsend, Ben Stroh from Chinook, Clay Cathey from Billings Skyview, Michael Carpenter from Bozeman, and Cole Mendenhall from Great Falls High.  Class B/C showcased the depth of its wrestling talent by winning the most individual titles during 4 of the 5 years in which the competition was held.  “The tournament confirmed what we already knew, that when it comes to wrestling, the small town kids run the show,” said Anders Blewett, a tournament organizer and attorney at Hoyt and Blewett.
However, due to inconsistent participation from wrestlers at the AA level, the sponsors felt the TOC was no longer a viable undertaking.  “We put this tournament on for the kids, but almost half of the champions didn’t want to wrestle.  Under the circumstances there isn’t much point in continuing,” said Blewett.
Despite the tournament’s conclusion, the sponsors believe it was ultimately a success. “Wrestling is the toughest sport out there and this event helped promote the sport and gave these kids the credit they deserve.  Thanks to the strong support we received from Mick Davis, the coaches and the Great Falls wrestling community, the best of the best got to square off regardless of school classification.  I’m proud of every athlete who had the courage to wrestle in this tournament, especially the state champs who were willing to put their titles on the line,” said Blewett.
Blewett also believes the tournament has created momentum around the state to establish a true All-Class wrestling tournament.  “The TOC showcased some great match ups and really exciting wrestling – something that is clearly missing from the State tournament with 45 different champions in 15 weight classes.  Hopefully the MHSA recognizes the merits of this type of competition and does what it should have done a long time ago - host a true All-Class state wrestling event.”
The Blewetts intend to remain active in Montana wrestling and Zander Blewett, an attorney at Hoyt and Blewett will continue to offer the Blewett wrestling scholarship to high school athletes, as he has done for the previous seven years.  The Blewett Wrestling Scholarship awards three $1,000 scholarships to the top student/wrestlers around the state of Montana for Classes “AA”, “A”, and “B/C” who has displayed the best combined qualities of wrestling and academic achievement.  Information and applications for the scholarship are available at http://www.hoytblewett.com/wrestling.php 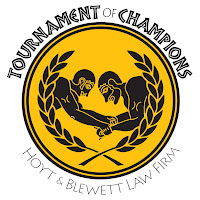 Zander and his sons Drew and Anders Blewett, from the Montana personal injury law firm of Hoyt and Blewett PLLC in Great Falls, are sponsoring the 5th annual Tournament of Champions. The event will be a one-day, single elimination wrestling tournament that will take place at the Paris Gibson Education Center on Saturday, February 16, 2013, one week after the All-Class State Tournament in Billings (Feb. 8-9). 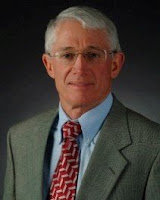 Alexander (Zander) Blewett, III, a trial lawyer from Great Falls who practices in the personal injury law firm of Hoyt & Blewett PLLC, will award $1000 Scholarships to the Top Student/Wrestler In All Three Classes: AA, A and B/C.